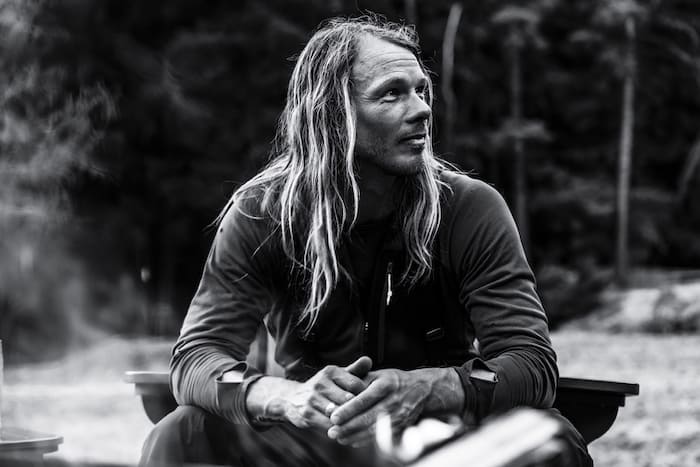 In the world of big mountain skiing, Chad Sayers is a legend in his own time. After a childhood in Vernon, British Columbia, Chad went on to compete in the sport’s highest echelon, the Freeride World Tour, for five seasons, taking on the world’s most insane mountains.  Concurrently, he traveled to the planet’s most formidable ranges—from the Andes to the Himalayas—to ski for the industry’s top photographers. Chad’s aggressive style in treacherous terrain earned him thousands of magazine photos and covers, and a starring role in Jordan Manley’s award-winning The Skier’s Journey documentary series. To those watching from the outside, it seemed there was nothing Chad Sayers couldn’t do.

Chad’s debut book, Overexposure: A Story About a Skier, recounts his storied career in his own words, and contains many of the photographs that made him famous. The coffee-table sized book encompasses more than 300 pages of spectacular photography, and anecdotes of Chad’s experiences in mountains all across the globe. Through words and photos, Chad shares intimate details about his life, most notably the dark side of succeeding as a professional skier— from the mental cost of repetitive risk-taking to the unsustainable wear-and-tear on his body.

Overexposure serves as a reality check for those inclined to idolize professional mountain sports athletes for “living the dream.” But at its core, it’s a tale of hope and awe—a coming of age story that begins with the dreams of a boy, flows through to the ambitions of a highly-driven young man, and completes with the very visceral realization that what feeds your soul can also be the same thing that would crush it. In the end, Overexposure is about the art of achieving balance—something we can all relate to.

The Nelson Adventure Speak Series (formerly Nelson Lit) is thrilled to welcome Chad Sayers to Nelson for a presentation at the Prestige Lakeside Hotel on Tuesday, October 18, at 7:00 p.m. Doors open at 6:15 p.m.

Chad will present photos and excerpts from Overexposure. He will be joined on stage by Kootenay Mountain Culture magazine reporter Jayme Moye, who will interview him about the overarching philosophical themes of the book, like wanderlust and mortality. Nelson-based outdoor photographer Steve Ogle, whose photos appear in Overexposure, and who is the subject of the chapter titled “Mentor,” will make a cameo appearance to discuss the depth of relationship that can develop between a photographer and a mountain sports athlete.

Chad will have books available for sale, and will sign them immediately following the presentation. Tickets to this event are $10 each, and available online through Eventbrite here. Seating is limited to 80 people.